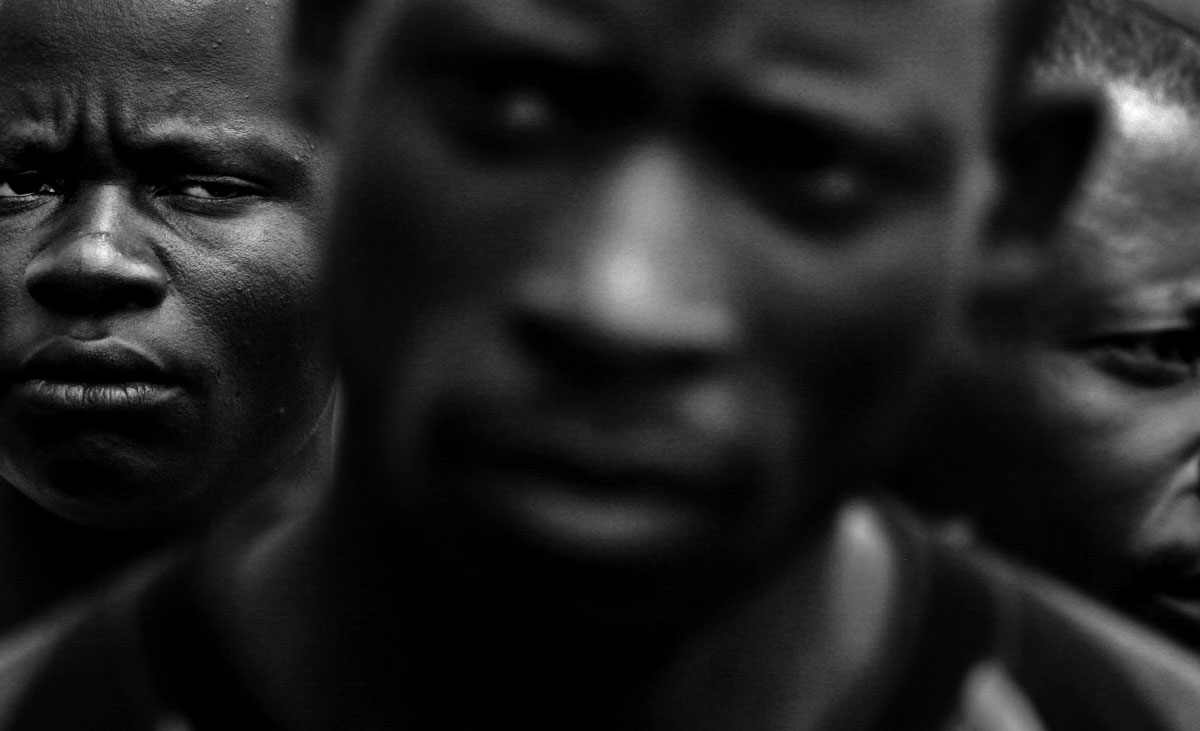 
Former military rebels and their families, who have chosen to demobilize and repatriate back into their respective towns, go through lessons at Camp Mutobo in Mutobo, Rwanda. At the camp in Rwanda, they receive two months of civilian training before, eventually, be released to return to their home villages. Their decisions amount to fragile acts of faith that they will be able to let go of the divisive creed of the bush and find a place in a nation struggling to overcome the legacy of genocide.